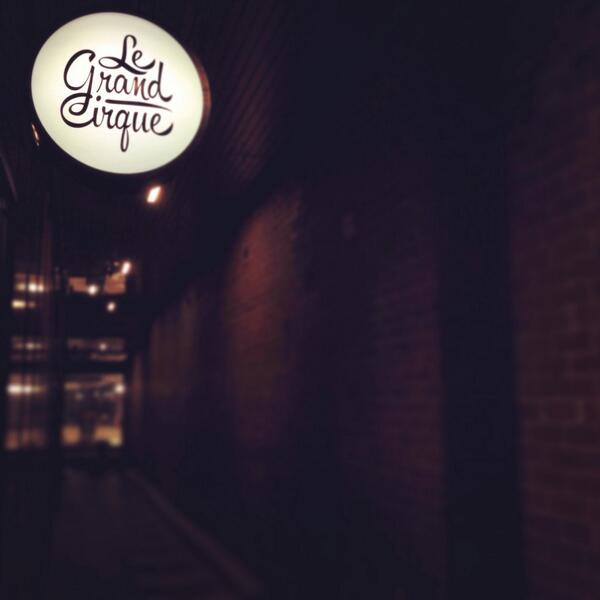 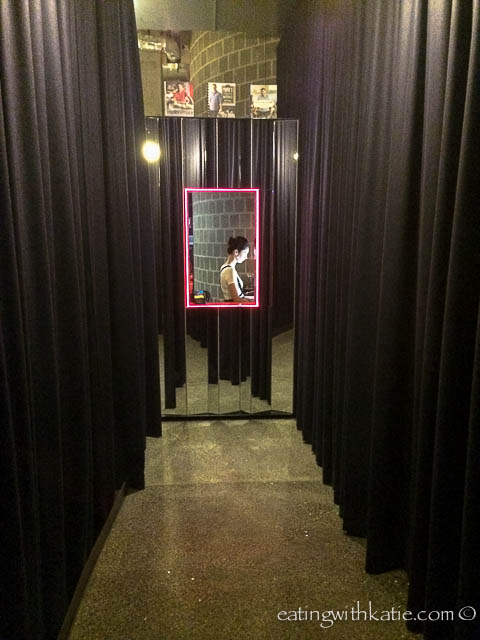 As you enter Le Grand Cirque, the scene is set with a curtain shielding the restaurant from view. When the waitress beckons you and pulls back the velvet, you feel like you are stepping behind the scenes of the circus and into a secret world.

We went to Le Grand Cirque on a Friday night and the place was buzzing, possibly because Manu Feidel of My Kitchen Rules fame was at the pass making sure that the food being served was up to standard. We had a late booking at 9pm,  Nathan and I arrived fairly early so we were seated in the bar area to have a drink before dinner. The cocktails are reasonably priced by Melbourne standards and I ordered a Seasonal Kir which was made with peaches and was delicious.

When the rest of our party arrive we are swiftly seated and our waiter explains the menu which is designed to be shared. It is a surprisingly simple menu given the setting and name of the restaurant but it contains the type of French food that I enjoy and I had heard that the bone marrow and snails were worth ordering so I was happy.

We start with the beetroot dip, cured salmon, chicken liver parfait, and beef tartare. The entree dishes come out with hunks of French bread, which is useful for the parfait and tartare. 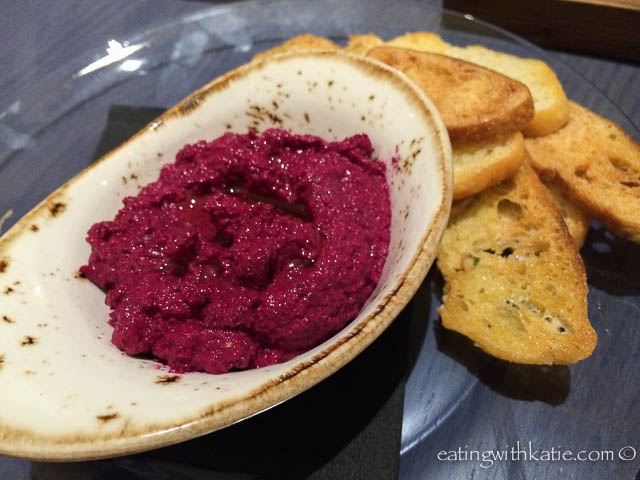 The beetroot dip is beautifully flavoured with cumin and went well with the crispy toasts. 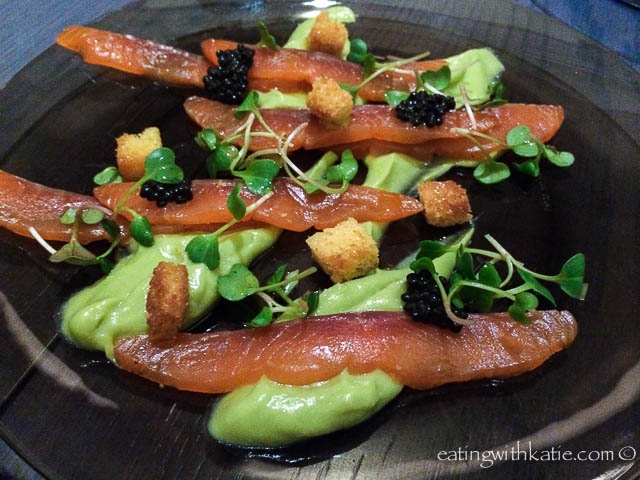 The salmon was cured with aniseed and served with pureed avocado, toasted brioche and caviar. Cured salmon is one of my favourite foods and  the pureed avocado had a taste of citrus in it which was a perfect match for the salmon. 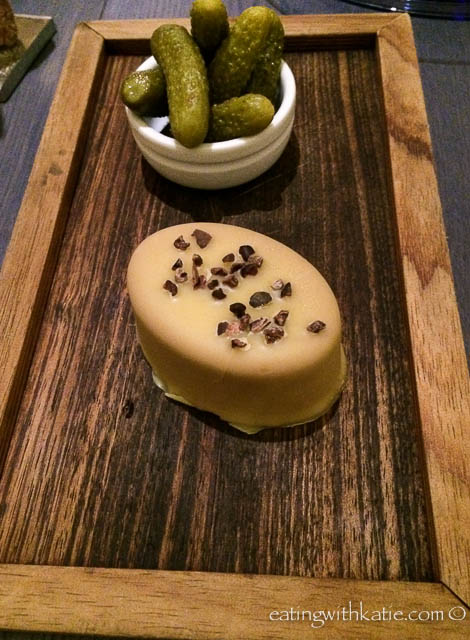 The chicken liver parfait was a huge hit at our table, it was light, fluffy and well flavoured. The crispy toast that it came with was a great accompaniment. The addition of the small pickles was one that I found strange, and would have in my opinion, been better served with the tartare. 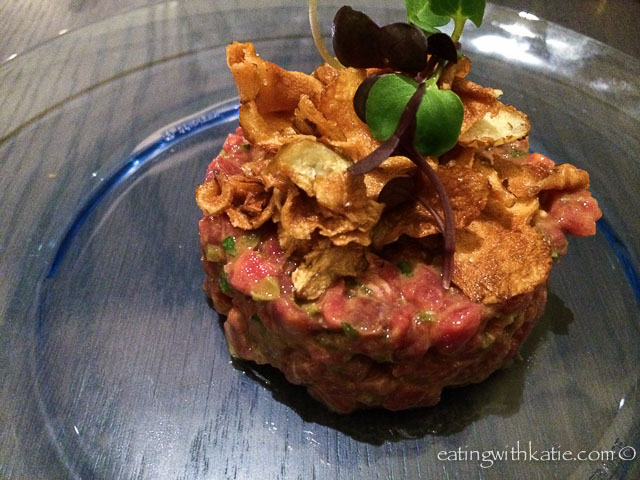 The beef tartare came in a generous serving, with more than enough meat for the artichoke chops that it came with. In fact I found that there weren’t enough chips and we had to take some of the toasts from the beetroot dip, this is probably why they supply extra French bread. That being said the tartare was nice, if a little under seasoned for my taste.

As there were six of us, we had ordered 4 mains and 3 sides. I didn’t get a picture or taste the market fish but it was ordered and enjoyed. 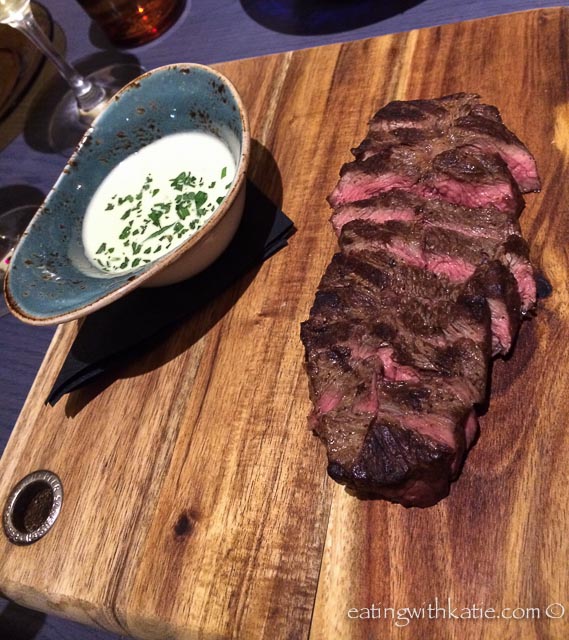 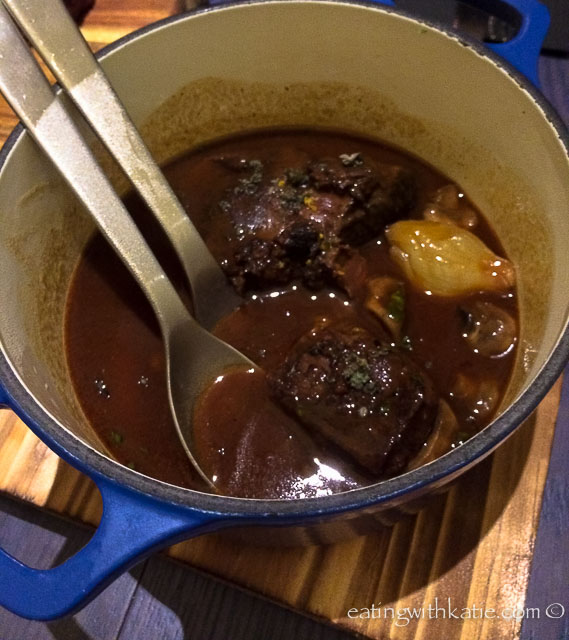 The beef cheeks were slow cooked in a red wine sauce and were falling apart in the pot – a good sign. They melted in the mouth and I found them to be very enjoyable, again though we felt that the dish lacked seasoning and wasn’t mind blowing. I loved the way they were served though, as I felt like we were sitting down to a home cooked meal made with care, so it was sad that the seasoning let it down. 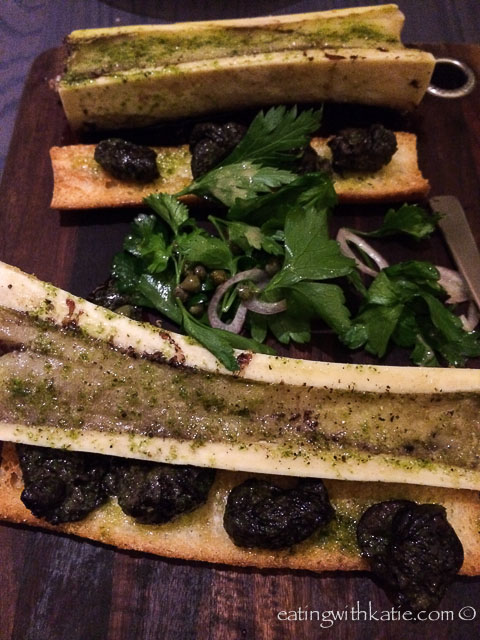 The next dish, bone marrow and snails, is one I think a few people might turn their nose at it but I encourage you to try it. Snails are traditionally served at restaurants in garlic butter and it was nice to be able to experience something a little different. The rich and creamy marrow is a nice accompaniment on top of the snails which were served on garlic buttered toast. This was my highlight of the meal and I highly recommend it.

We finished the meal with dessert and cheese, which I unfortunately didn’t get photos of but, the goats cheese which came melted on toast with a walnut salad was superb and the dish that stood out for me in that course.

It was quite surreal seeing Manu Feidel standing so close and he was absolutely mobbed with people coming up and asking for photographs which he posed for with good nature. In fact all of the staff at Le Grand Cirque are fantastic and can not be faulted at all.

We all enjoyed our evening and I think that maybe the restaurants name may be a bit misleading as you go almost expecting a show and a circus like atmosphere when I think what you get it is simple French food that might have been served to you should you ever have been invited back to dine with circus members.