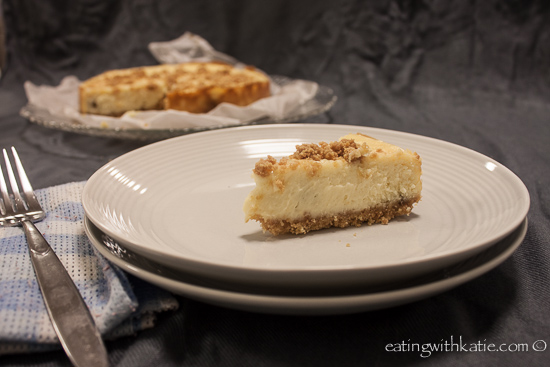 When I went to Canada last year for my little brothers wedding I indulged in all things peanut butter related. There was a lot. It was amazing. Ice cream, chocolate, cakes, pies. I was in  peanut butter heaven. When I returned home (a little bit heavier) I was saddened by the lack of peanut butter treats available to me. Step in a recipe for Peanut Butter Cheesecake from the lovely people at Philadelphia Cream Cheese. I had bought a 2 pack of cream cheese during the week as it was on special and had been planning on making some variation of baked cheesecake anyway so the timing was fantastic.

Having never made a baked cheesecake before I was a little nervous, but this is a wonderfully simple recipe and although I found the way the ingredients were listed a bit odd, as they were not in order of use, I think I succeeded in my first attempt at baking a cheesecake. Be warned though there is a lot of sugar in here. 3 different kinds in fact. However, given that Easter is around the corner a little treat never hurt anyone.

I started off by whizzing up the biscuits to make the crumb and then combing the crumb with melted butter and some cinnamon. One combined, press it into a greased cake pan and put in the fridge. 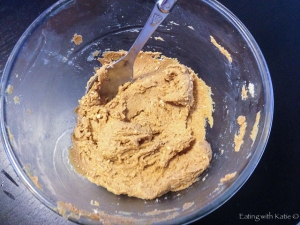 One the mixture was lovely and smooth I used wet hands to form small balls and placed them on the biscuit base. Keep some of the peanut mixture aside to put on top of the cheesecake. 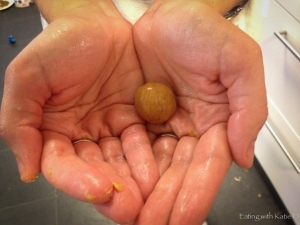 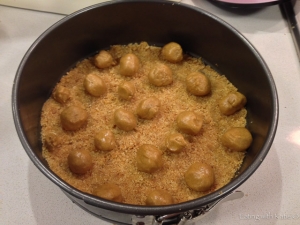 The cheesecake filling itself was fairly simple as it was mixing cream cheese, sugar, vanilla, lime and orange juice. 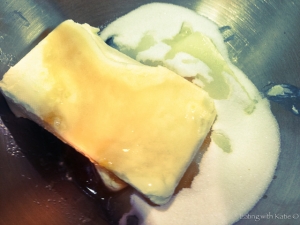 Once that was done I poured the cream cheese over the peanut butter balls, sprinkled the remaining Peanut Butter mixture over the top and then baked it for 40 minutes. Once the time had passed, I turned off the oven opened the door a little and left the cheesecake to cool down before putting in the fridge to set. 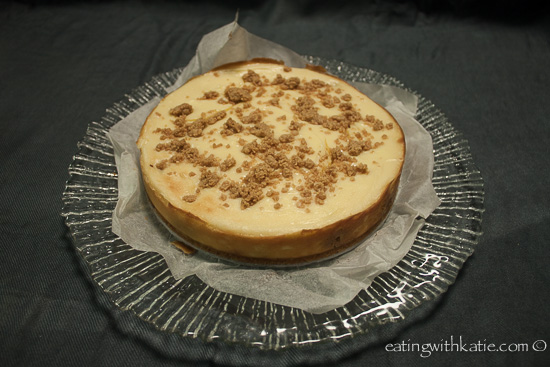 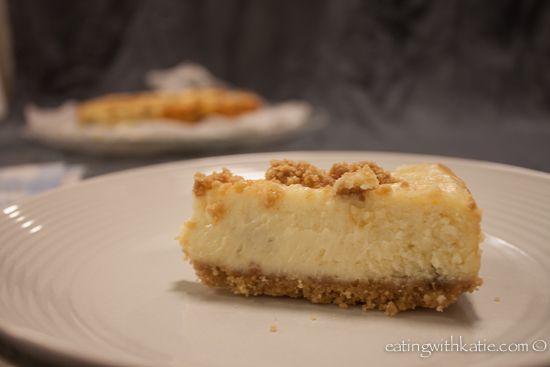 1. Combine the biscuit crumbs, butter, sugar and cinnamon and press into the base of a greased and lined 21cm (8”) springform tin. Chill.

2. Combine the peanut butter, icing sugar and brown sugar until smooth. Form into balls, reserving 2 tablespoons of mixture, and drop over prepared base.

3. Beat together the cream cheese, caster sugar, lime juice, vanilla and orange juice using an electric mixer until smooth. Beat in the eggs, one at a time, until well combined. Pour over peanut mixture and crumble reserved peanut mixture over the top.

4. Bake at 160°C for 40 minutes, until still slightly wobbly in centre. Allow to cool in oven with door ajar then refrigerate until set