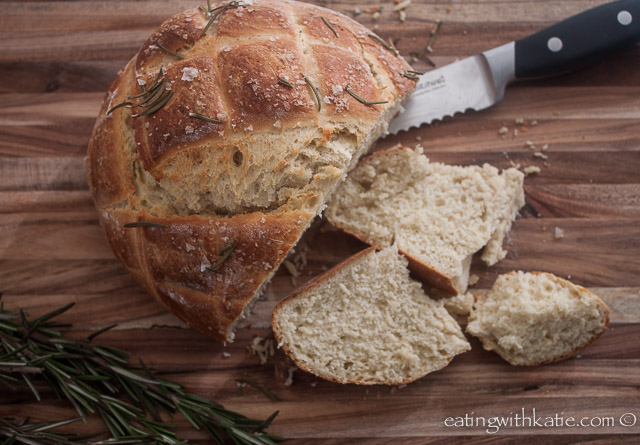 When I was in high school one of my best friends owned a bread maker, which we used A LOT. When her parents went away for a weekend, I stayed at her house and we stayed up until 3am using the bread maker and eating the warm loaves that it produced. Not something a nutritionist would recommend I am sure.

The one issue I have with bread makers is the giant holes they leave in the bottom. Nobody wants a great big hole in their bread (unless it’s a bagel). Because of the time taken to make bread, it is one of those things that I always plan to make but never get around to it…until now. This Amish country bread recipe which I found on Pinterest is fantastically easy and it tastes amazing. It yields two loaves so you can use different toppings if you wanted to. I used rosemary and salt on both but am quite keen to try some za’atar.

I would like to thank my KitcheAid for making the kneading part of this recipe so easy, I fitted on the dough hook and let it do it’s thing for 10 minutes, but 10 minutes of kneading would be a good upper body workout. 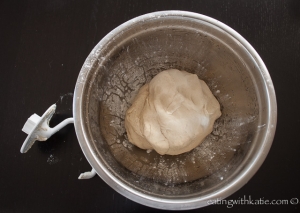 You then put the dough in a warm place, for 30 minutes, to allow it to rise. We are lucky enough to live in a western facing apartment, so I covered the bowl with a tea towel and put it by the window in the spare bedroom. Near a heater or in a hot water cupboard (do they exist still) would also work, just make sure that wherever you put the dough is draft free. After 30 minutes, the dough should have risen well and doubled in size. 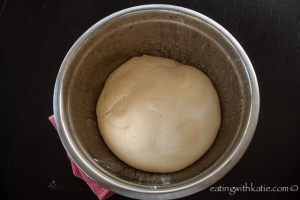 I cut the dough in half and rolled each half into a ball and then placed them on a tray. Here is where you can decide what toppings you want to put on, parmesan, mixed herbs there are a lot of options. Salt flakes and rosemary, which is what I used, work really well. Before popping these in the oven you need to let the dough rest again. 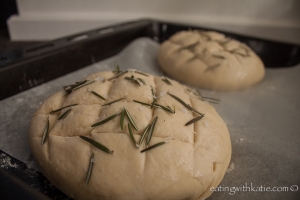 They then go into the oven for 20-25 minutes! So quick, but just enough time to have a cup of tea. After 20 minutes and, when they were looking lovely and golden brown, I took them out. They taste heavenly, there is a slight sweetness to the bread and if you like soft crusts, then this is the bread for you. It was delicious with just butter, but I imagine it would make terrific sandwiches particularly with a tomato chutney and cheddar cheese. I am ashamed to say I ate almost half a loaf before Nathan got home. For science you understand. 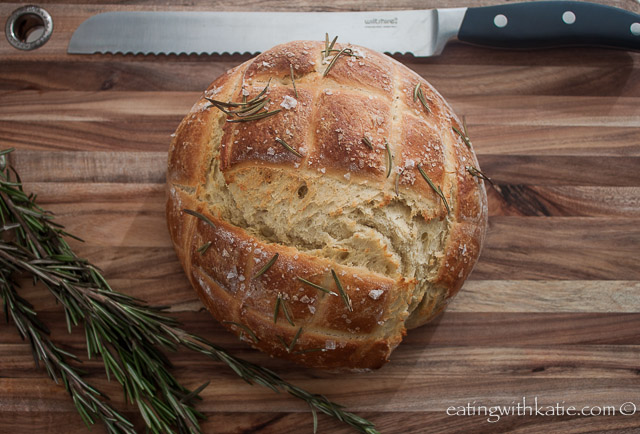 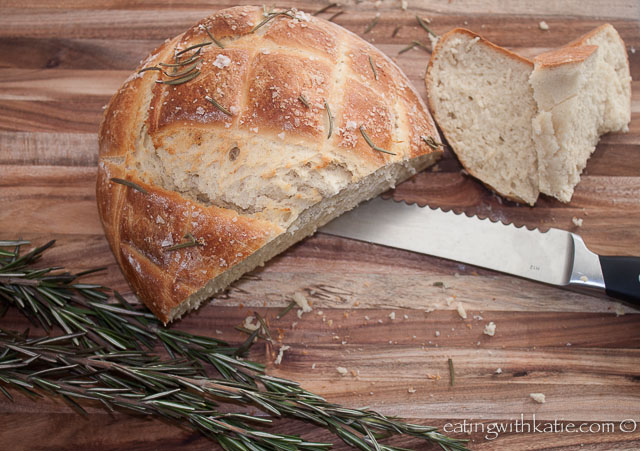 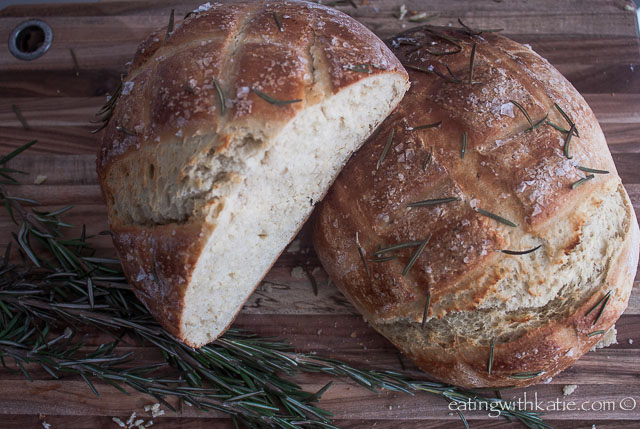 3. Lightly oil a bowl, put the dough in and cover with a tea towel. Let rise in a warm draft free place for 30 minutes.

4. Punch down dough, cut in half and shaped into rounds. Place on a baking tray. Cut decorative slits in (I used a small knife). Mix the egg white and water to make a wash and brush over loaves. Sprinkle with salt and rosemary. Let rise again for 10 minutes.

5. Place in oven and bake for 20-25 minutes or until golden brown. A great way to test bread, is to lightly tap on it and if it sounds hollow it is ready.