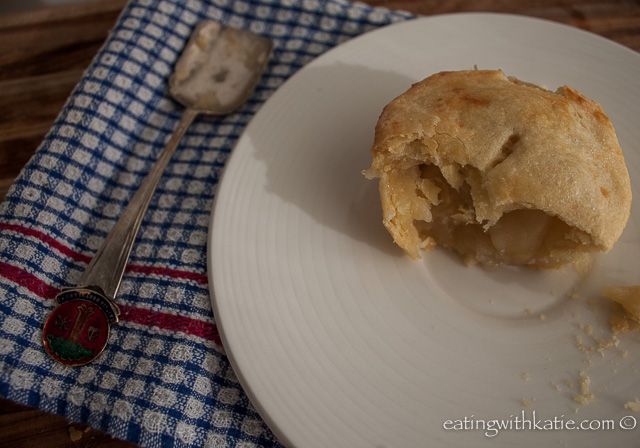 Happy Monday! What did you do with your weekend? I had a fabulous friend filled one that ended with a facial and so now I am ready to start the week relaxed and rejuvenated. I bought the latest issue of Taste and when I saw Matt Preston’s Apple pie with cheddar crust recipe I knew I had to make it. The only problem was that I didn’t have a pie dish, so I used my Kiwi ingenuity and pulled out my muffin tin and adapted the recipe for mini pies. Everyone loves a mini pie. 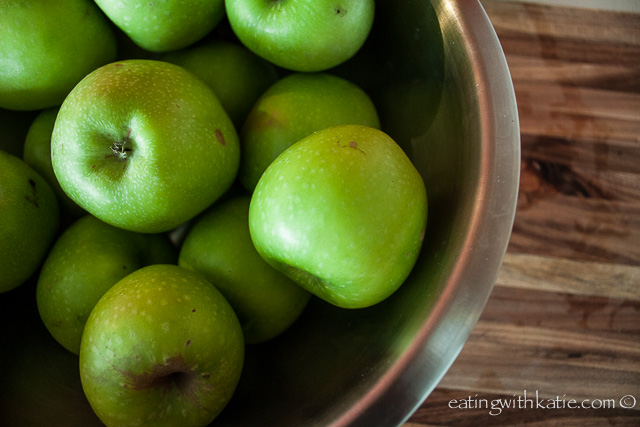 Okay, so this recipe is pretty fantastic and uses 2 kilograms of apples! Do you know how long 2 kilograms of apples take to peel and chop? Ages. Good thing I had some Gossip Girl to keep my company (sad I know). Anyway, apart from the tedious task of preparing the apples, this recipe is fairly simple and the addition of cheddar cheese to the pie crust is mind blowingly awesome. I didn’t have a food processor big enough to mix the pastry dough, so I just did it by hand. If you wanted to go the same route I went, when you are mixing the butter and flour you just rub it with your fingers until it resembles fine bread crumbs. Easy as pie! 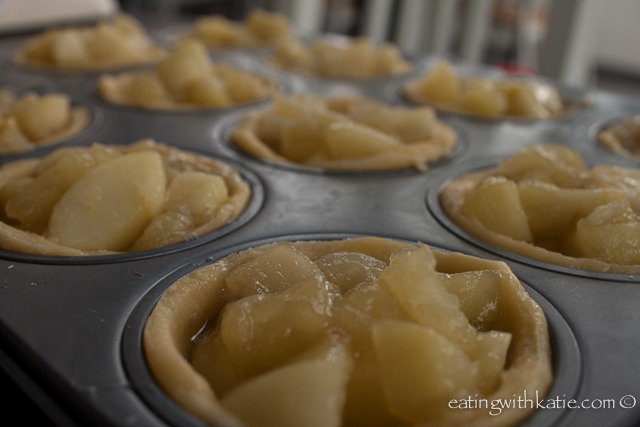 The apple filling smells amazing when it is cooking and took me straight back to my childhood when we would bake pies at school. I found that I had loads of filling left over and that a dessert spoon was more than enough for each pie and I’m going to save the filling to have with porridge for breakfast. I adjusted the cooking times so that they better suited the mini pies and before I knew it they were ready to come out. The filling had spilt our a little and they weren’t the most attractive looking wee things, but it’s my first time adjusting a recipe like this so, I am pretty pleased. 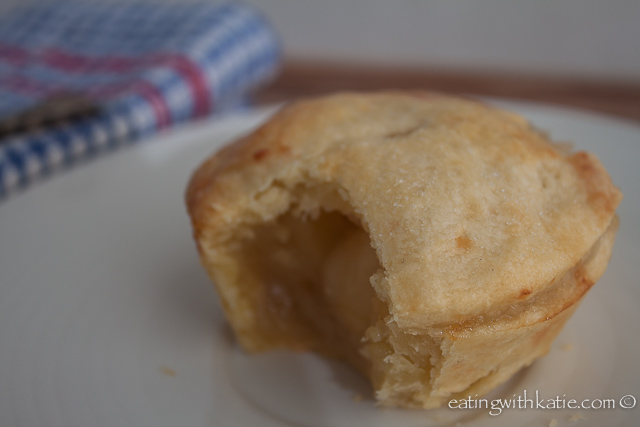 The crust is wonderfully flaky and, the addition of cheddar in an apple pie crust is, a match made in heaven and one you should try out. We are going to have this tonight with some vanilla ice cream as I think you don’t want to take away from the cheddar flavour. The great thing about making individual pies, like I have, is that they are so easy to pack for lunch the next day. Always a bonus. Bon appetite everyone and hope you have a wonderful week.

1. Grease a 12 hole muffin tin with butter.
2. For the pastry, rub the flour and butter with your fingers until mixture resembles fine breadcrumbs. Add cheddar and icing sugar. Mix until just combined. Add egg yolks and milk and, using a knife, mix until dough comes together.
3. Roll two-thirds of the pastry on baking paper until 4mm thick. Using a pastry cutter or a glass, cut out rounds and line the holes of the muffin tin. Place in fridge to rest for 3o minutes.
4. Preheat oven to 180 C fan forced. Place a baking tray in the oven to heat. Combine apple, sugar, water, lemon rind and juice, and cinnamon in a stockpot. Cover. Simmer, stirring often for 8-10 minutes or until apples are tender but still hold their shape. Combine cornflour and extra water. Stir into apples. Discard cinnamon and lemon peel. Set aside, uncovered, for 30 minutes to cool.
5. Spoon mix into prepared cases. Roll out remaining pastry and cut rounds bit enough to fit as lids (I used a slightly bigger glass). Brush each round with egg and place on top of the pies. Press edges to seal, brush with egg and sprinkle with extra sugar. Cut a slit into each pie to allow steam to escape.
6. Place on hot tray and bake for 10 minutes. Reduce heat 160 C fan forced and bake for a further 20 minutes or until crispy and golden. Set aside for 10 minutes.