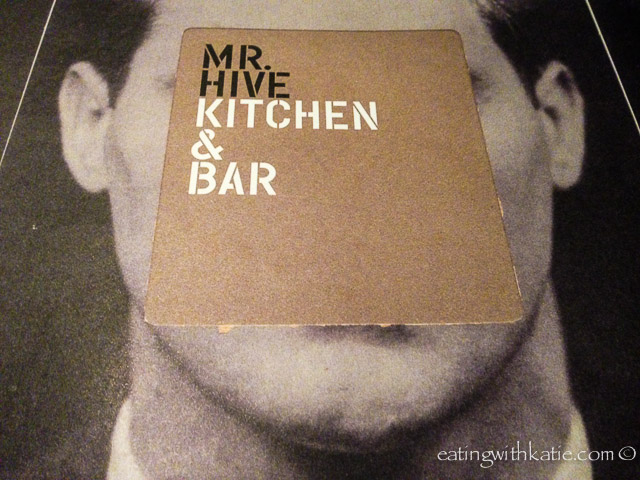 Located in the Crown Metropol Hotel, Mr Hive Kitchen & Bar is a large restaurant that has a warm and inviting interior. There was a live band playing the night that we dined, which gave the restaurant a more casual atmosphere.

They are incredibly busy, and though we are seated quickly, when an amusé bouche is placed on our table, we are not told what it is, and I am the first to take an experimental bite. It is a square of watermelon in a crumb of some sort which I cannot quite place and we are disappointed to not be told what it is, though it does act as a palate cleanser of sorts. 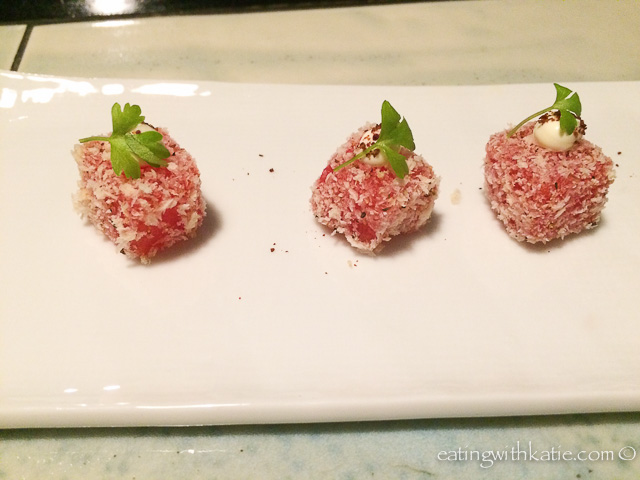 I start off with the beef tartare, which was plated beautifully and looked delicious. Although the meat has been prepared well, it is incredibly spicy which overwhelms the rest of the flavours and I think it would have been better to have been asked about spice preference. 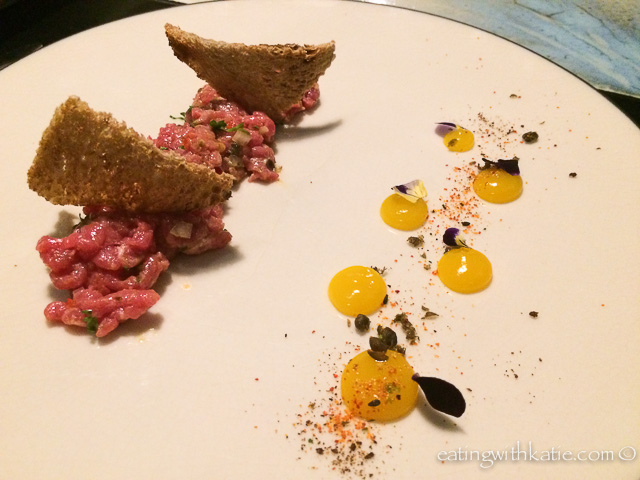 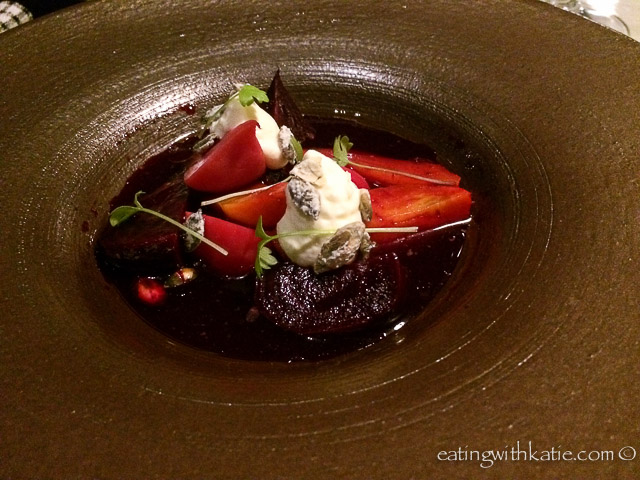 I ordered the pork belly for my main, as I had heard great things and was looking forward to it (I am a sucker for crackling). While the pork is well flavoured, it was surprisingly dry and I was left slightly disappointed. However, the squash and sage that accompany it are beautiful, with the squash mash wonderfully smooth and silky. 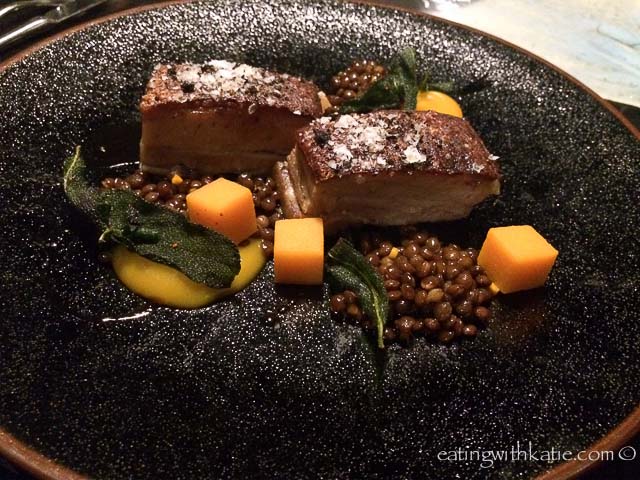 Nathan had ordered the ox cheek, which was melt in the mouth tender and broke away when pressed with a fork, with the lack of seasoning being its only let down. 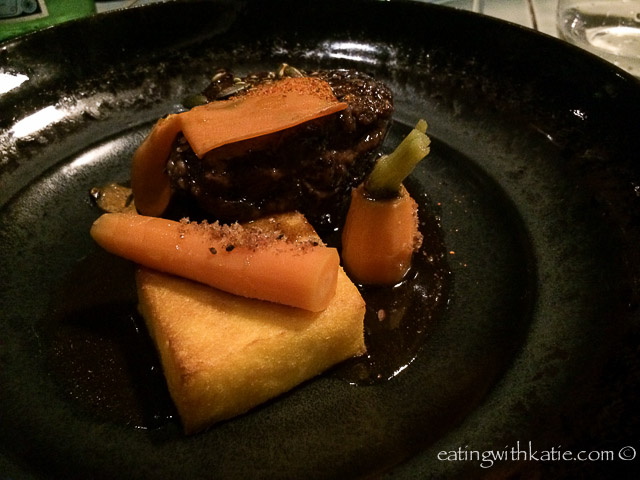 The lamb chops were accompanied by a slice of bubble and squeak which was a little stodgy. The lamb itself was cooked to a beautiful pink and was seasoned well. 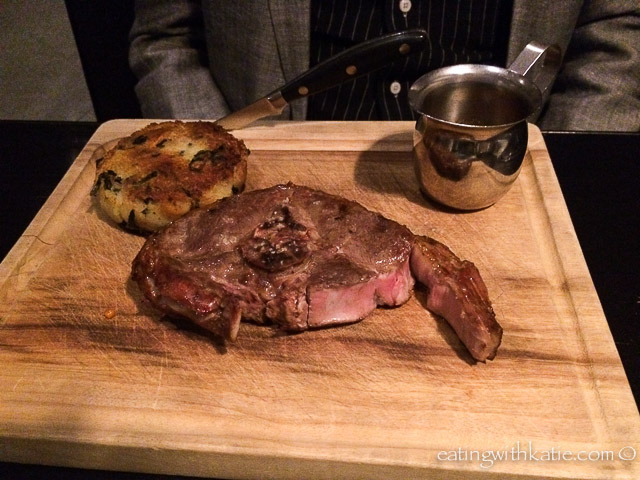 Although the mains had let us down, I was looking forward to ordering dessert as Mr Hive is well known for having fantastic desserts and when I saw they had a pumpkin pie my mind was made up. 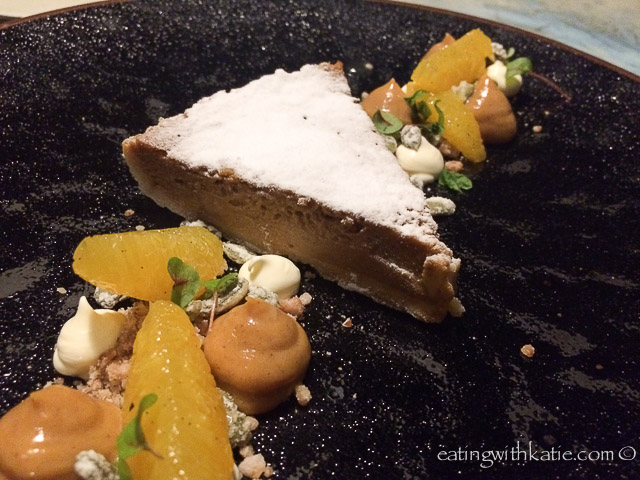 The pumpkin pie came with some pumpkin puree and cream and was as pretty as a picture. It was well spiced, light and airy and a lovely dessert to end a meal that we all felt let down by. It may have been that it was a busy Saturday night, but I felt that for the prices Mr Hive Kitchen & Bar should have been better.