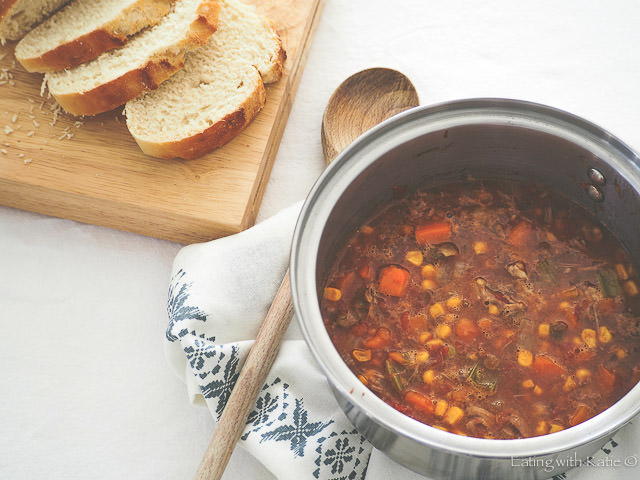 With winter looming, days getting shorter and nights getting longer, many of us don’t want to be in the kitchen for hours (or even 30 minutes) after a long day at work and a cold commute home. The humble slow cooker is the hero of many a weary person, and this slow cooker lamb shank soup is deliciously warming and comforting.

While yes, you do have to brown the lamb shanks – if you feel you do not have time in the morning, you can simply cut out that step and throw them in the slow cooker as is, though browning the meat beforehand adds a deeper flavour to the soup.  To save time in the morning, you can pre dice the vegetables the night before and simply store them in air tight container in the fridge.

My slow cooker lamb shank soup is best served with some crusty bread, and my Amish Country Bread would work well if you had the time or were making this on the weekend. This is also a great dish to take with you to lunch the next day so you can get a sleep-in and not worry about making a sandwich! 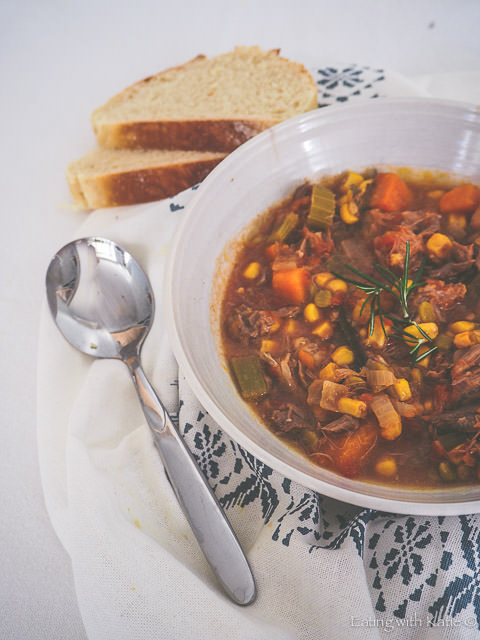